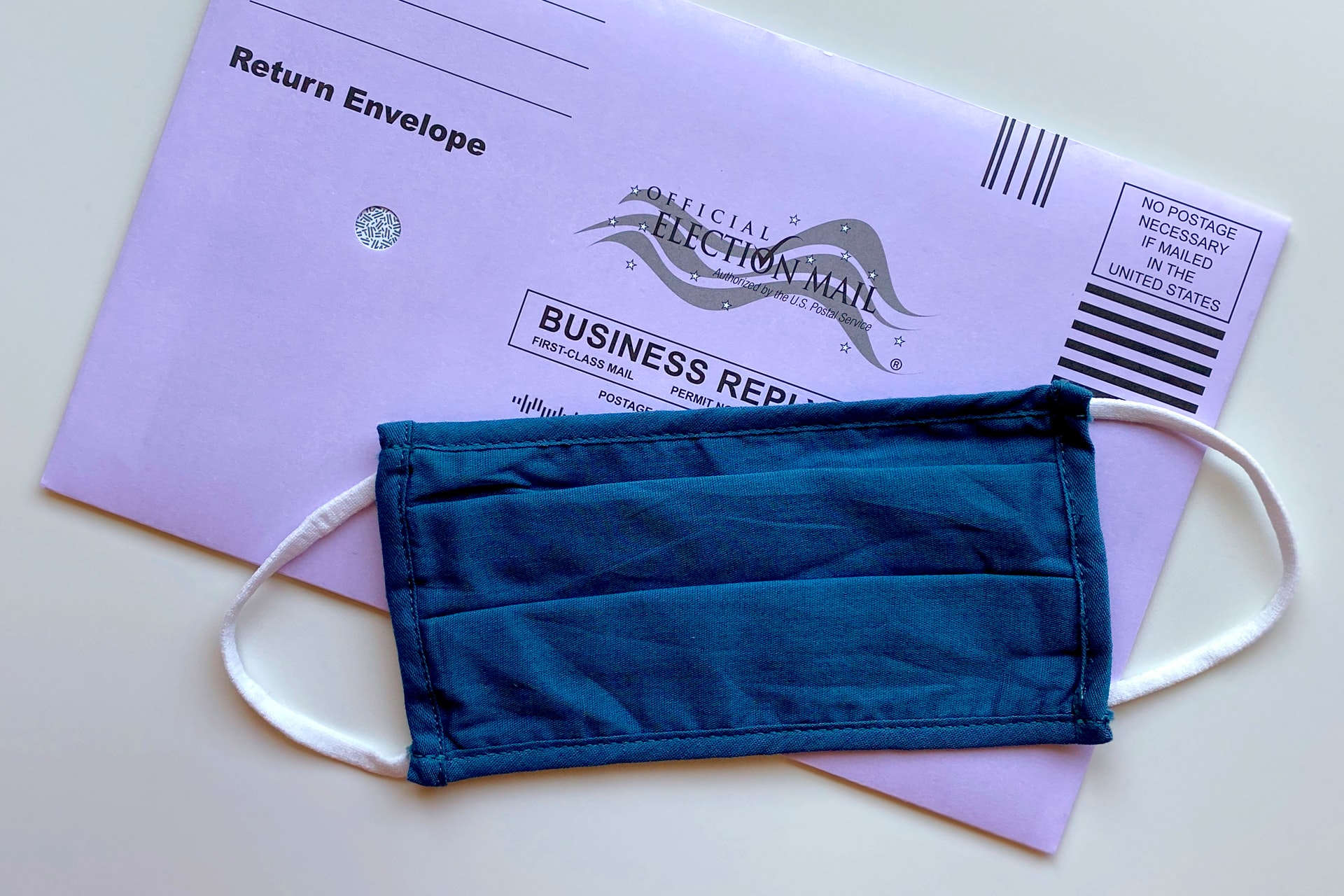 It seems to be all we hear about anymore.  What will November 3rd, 2020 produce for the next president of the United States?  Truthfully, with the amount of mail in ballots expected in this election, we may not know on November 3rd, but what should we be doing about our concerns now?  From a financial standpoint, it may be helpful to understand how much elections impact the stock market.  Should elections even matter to investors in the long run?

We wrote an article on this topic back in July and you can check it out here.  The reality is that markets have had a more profound impact on predicting the election results than the other way around.  Since 1936, a simple stock market metric has predicted the winner in 20 of the 23 elections.  If the S&P 500 is up in the three months prior to election day, the incumbent party usually wins.  If the markets are down over that three-month period, then the opposing party usually wins.

Markets Go Up Regardless

Surely who wins this election will have a profound impact on whether stocks will go up or down, right?  In reality, it just isn’t the case.  Yes, politics and presidents can bring about strong emotions and biases for certain policies, but investors would be wise to stay focused on the long-term outlook.  Over the last 85 years there have been 7 democratic presidents and 7 republican presidents, and the general direction of the market has always been up.  Staying invested in and around an election should matter more than trying to predict who will win. 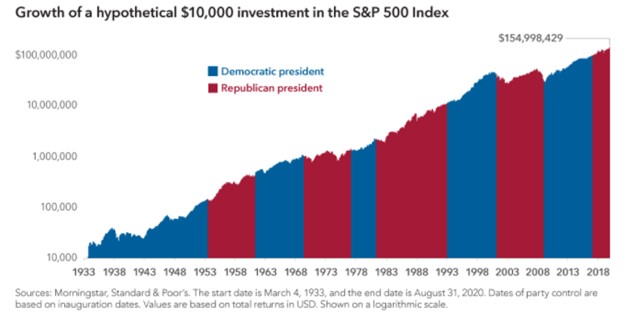 Spoiler alert: it is almost NEVER a good idea to move your investments to cash or something equivalent coming into an election.  In a recent study conducted by Capital Group, they analyzed three hypothetical investors who made different investment decisions around election time.  In 19 of the 22 cycles that they analyzed the best outcome was either to remain fully invested or make consistent contributions around the election.  In ONLY 3 or 22 (13%) circumstances, did an investor achieve the best outcome by waiting until AFTER the election to put their money back into the market.  I’ll take my chances on something that happens 87% of the time.

So, what does all of this mean?  While there is certainly unknowns surrounding this election, the best course of action in almost any scenario is to keep a long-term perspective and remain invested in the markets.  History is more likely to repeat itself than not.