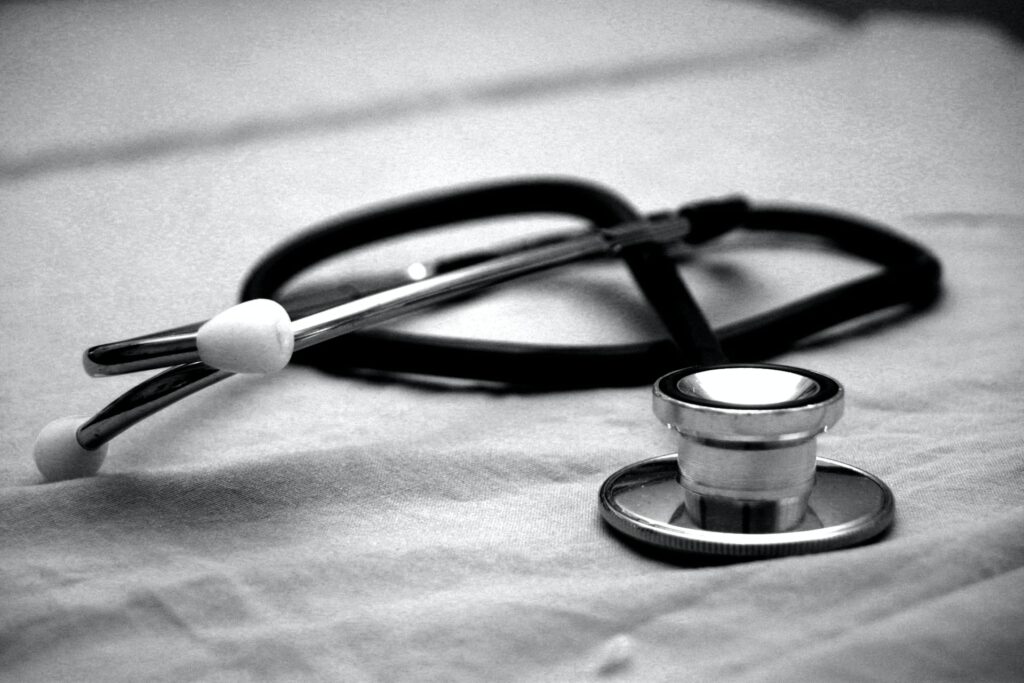 Having spent many years living overseas, I was surprised and saddened upon my return to the USA to see just how complex and expensive the American healthcare system had become.  I do realize and appreciate that we are fortunate enough to live in a country where some of the best medical treatment is available.  We should not take this for granted, and we probably shouldn’t even assume that what works for other countries can work here.  However, admitting we have a problem can sometimes be the first step to change.  The cost of healthcare in the U.S. has grown worse in recent years as Americans continue taking on unprecedented levels of medical debt. 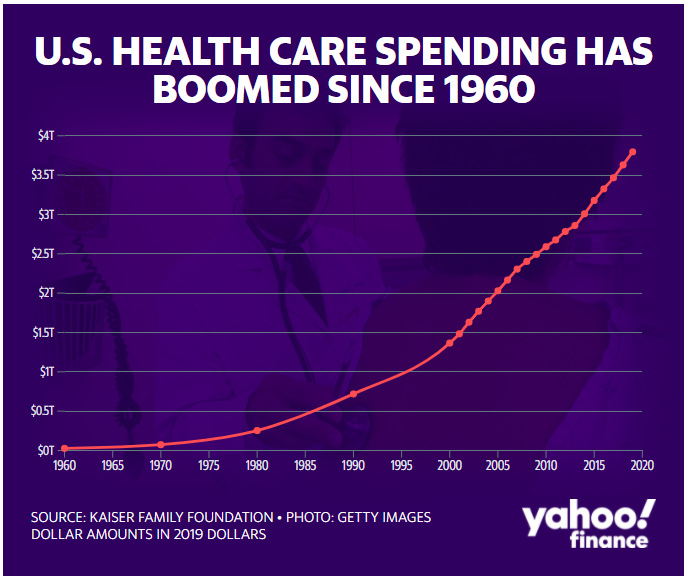 The issue has gotten so bad that one New York-based 501 charity, RIP Medical Health, uses donations to buy up people’s medical debt. The organization recently announced a purchase of $278 million in medical debt owed by roughly 82,000 patients in the Tennessee and Virginia regions.

“Medical debt is the no. 1 cause of bankruptcy in the United States, which is something that’s obviously a uniquely American problem,” Allison Sesso, executive director of RIP Medical Debt, said. “So we’re out there trying to give people relief from this economic burden. We’ve got donors that are excited across the country to do more of this debt relief. That number — 278 million — we’re very proud of that, but we have a lot more debt relief ahead of us.”

“You don’t actually have to spend all that much money to buy a whole lot of debt for people that the hospitals know can’t pay those bills,” she explained. “That’s exactly how it works. It’s a great return on investment. But also, importantly, it’s a huge indicator that our health care financing system is very broken.” “What we do is we’re able to buy debt for pennies on the dollar because of the way that the debt market unfortunately works,” Sesso said of RIP Medical Debt’s model. “It’s a way that they know that people can’t pay. The value of those debts, if they were to be sold to a for-profit debt buyer, are very little. $1 can buy $100 worth of debt that somebody owes.”

American Prices vs. Other Leading Countries

The U.S. spends significantly more money per capita on health care — $10,586 — while the next three countries of Germany, the Netherlands, and Australia trail far behind. 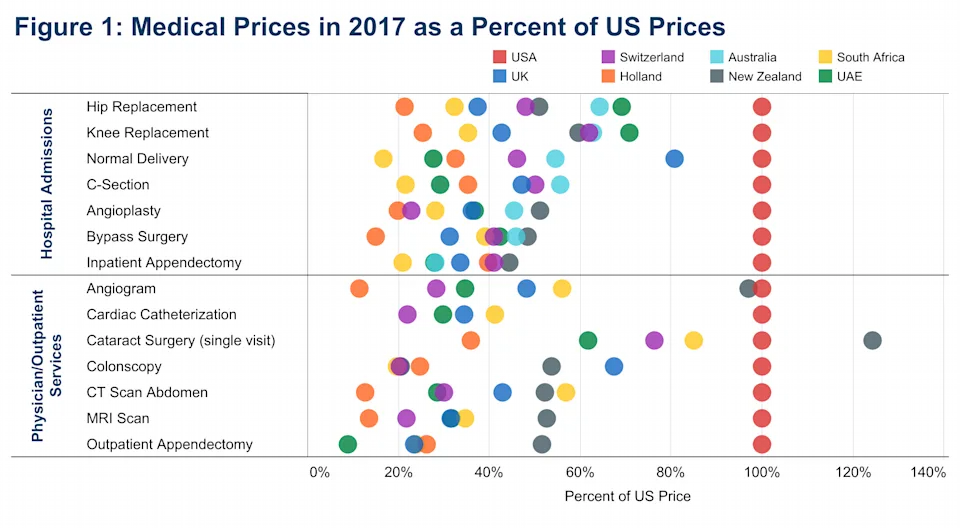 According to the Kaiser Family Foundation, the average single deductible in 2019 was $1,931 while the average family deductible was $3,655. (Another major problem is surprise billing.)

Americans are paying the price: Quality health care is unaffordable for an estimated 46 million Americans, according to a recent Gallup survey, and a LendingTree survey of 1,550 people in March found that a majority of Americans (60%) have been in medical debt at costs averaging between $5,000 to $9,999.

LendingTree found that emergency room visits (39%), visits with doctors and specialists (28%), childbirth and related care (22%), and dental care (20%) were the leading causes. 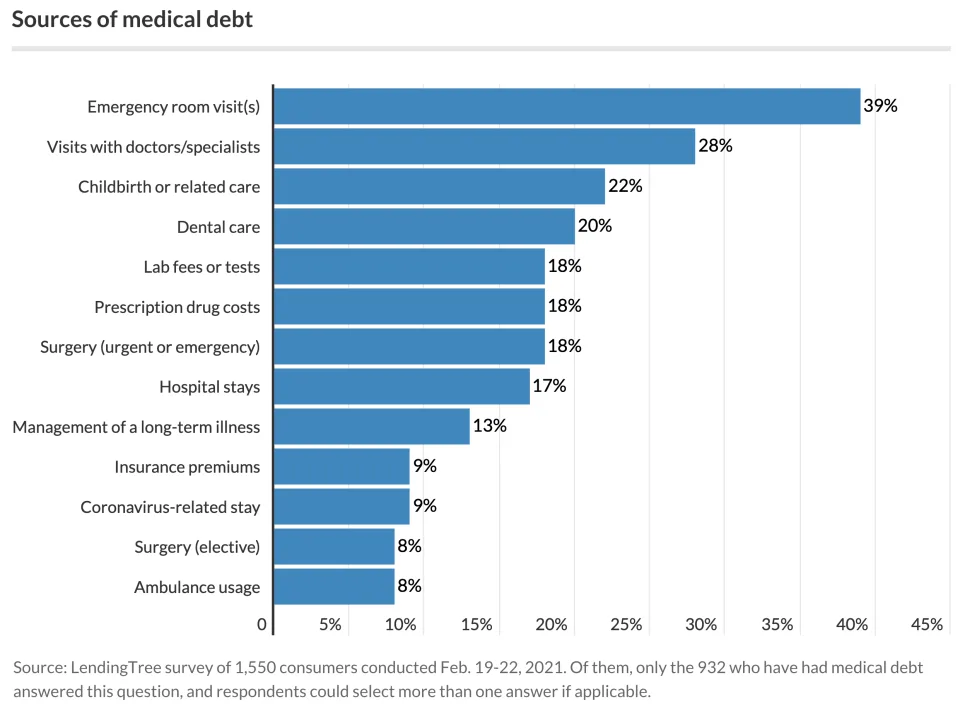 Sesso likened the overall situation with medical debt to that of the subprime mortgage crisis back in 2008. “We’re letting people have insurance plans they can’t afford and that don’t meet their income level,” she said.  While it seems obvious that something needs to change to address the problem, the complexities of executing widespread change in the medical field are vast.  However, the benefits of doing so not only help the working class, but have far reaching benefits for an ever aging population in the U.S. and around the world.