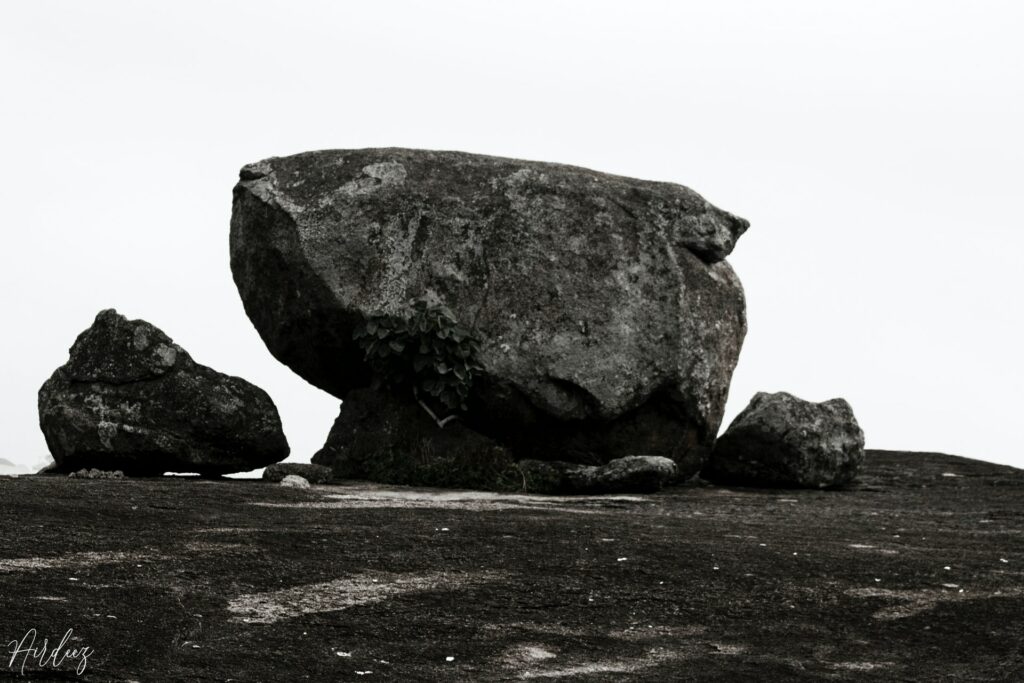 “How to Not Panic”

The fear and frustration of seeing investments go down in value is significantly stronger than the joy and happiness we get when they are rocketing higher.  For much of 2020 and 2021 it seemed like a forgone conclusion when you checked your investments that the values were moving up and to the right.  While many people saw some headwinds coming our way in 2022, we couldn’t have predicted the “known headwinds” (inflation, interest rates, balance sheet tightening) would be exacerbated by the “unknown headwinds” (a war in Ukraine).  So, while everything from stocks, to bonds, to commodities have seen a very tough start to 2022, how do we not panic?  What’s something we can find comfort in as we navigate these times?  I really enjoyed reading an article by Nick Maggiulli recently that dove right into these questions.  We highlight his writing here:

Does the following quote seem accurate to you?

“Throughout the pandemic, the nation lacked a uniform policy about gathering places, and there was no central authority with the power to make and enforce rules that everyone had to obey. Each community acted on its own, doing as its elected officials thought best.”

What about this one?

“For young survivors of the pandemic, life would never be the same. Like shell shocked soldiers, they bore emotional scars.”

I’m assuming that you, like me, found both of them to be somewhat true. But what I didn’t tell you was that these quotes aren’t about COVID-19. No, both are actually from Albert Marrin’s Very, Very, Very Dreadful, an account of the Spanish flu of 1918. Though Marrin is summarizing an event that occurred over 100 years ago, his words describe a world eerily similar to our own.

I was reminded of these similarities after a friend asked me how I was able to stay calm during a market crash. I told him that its because I’ve spent a good amount of time studying history. And, in doing so, I’ve come to realize that a lot of what we experience isn’t as unique as we think it is.

As the saying goes, “history doesn’t repeat itself, but it often rhymes.” And rhyme it does. Consider what Marrin stated on the frequency of pandemics:

Flu pandemics are nothing new. Medical historians think the first one struck in 1510, infecting Asia, Africa, Europe, and the New World. Between the years 1700 and 1900, there were at least 16 pandemics, some of them killing up to 1 million people.

Given the regularity of these pandemics, you can see why our reactions to them have shown similarities over time. But humans repeat themselves in other ways across history as well.

This “rhyming” of history isn’t limited to global health, it’s true in markets as well. As I summarized here, the U.S. stock market typically declines by at least:

Of course, this decline could be different. If you look at a chart of the five corrections I’ve experienced since I started investing in 2012, you will see that our current pullback stands out:

It’s even more concerning when market veterans like Josh Brown say that, “this is one of the most treacherous environments that I ever seen.” And I don’t disagree. With high inflation, geopolitical uncertainty, and asset prices declining across the board, things aren’t looking great right now.

But what did you expect after a year like 2021, which was arguably the craziest year in markets since the late 90s? Have we forgotten just how silly it all was? Consider this tweet from Drew Dickson near the height of the madness: 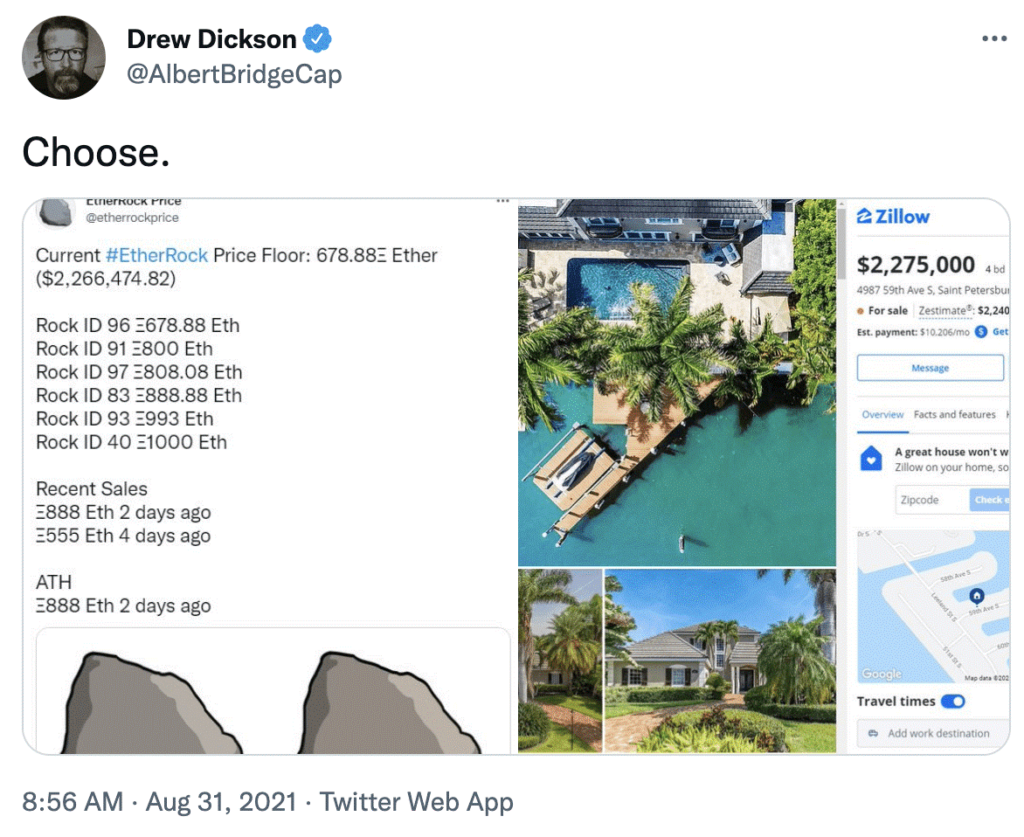 What would you rather buy for $2.3 million, a picture of a rock or 3,700 square foot waterfront property overlooking Tampa Bay? In hindsight it’s ridiculous that such a question was ever asked, but here we are.

Yes, you can try moving to cash/bonds early, but when exactly do you get out? Go too early and you may have to sit on the sidelines for years while the market rockets higher. And if you do get out, how do you know when to get back in? It’s psychological hell on the exit and the re-entry.

This is why, despite writing about the froth in markets last year, I knew there wasn’t much you could do about it. Yes, you can make minor tweaks to your portfolio along the way (i.e. “sin a little”), but you mostly have to roll with the punches. So why would you panic? What good is there in reacting to something that you cannot control?

If you disagree, you either (1) invested money you couldn’t afford to lose, or (2) didn’t understand your true tolerance for risk until now. If either of those is true, that’s unfortunate, but you learned something valuable for next time. Given the record of history, you should expect events like this to happen with some regularity.

This is why my favorite speech from the film Margin Call is when Jeremy Iron’s character rattles off all the major asset bubbles across history from memory:

It’s all just the same thing over and over; we can’t help ourselves.”

Clever writing you might think. Margin Call is fiction after all. How about some non-fiction then? Here’s Jesse Livermore, arguably the greatest trader in Wall Street history:

There is nothing new in Wall Street. There can’t be because speculation is as old as the hills. Whatever happens in the stock market today has happened before and will happen again.

This is how to not panic. You know history. You understand the risks. And, most importantly, you know yourself. Then you let the chips fall where they may. You don’t obsess over the headlines. You don’t try to predict the future. You enjoy your life. You go out with friends and family. You make cherished memories. You laugh. You cry. You remember that things like this happen. And you remember that they will happen again.

Thank you for reading.