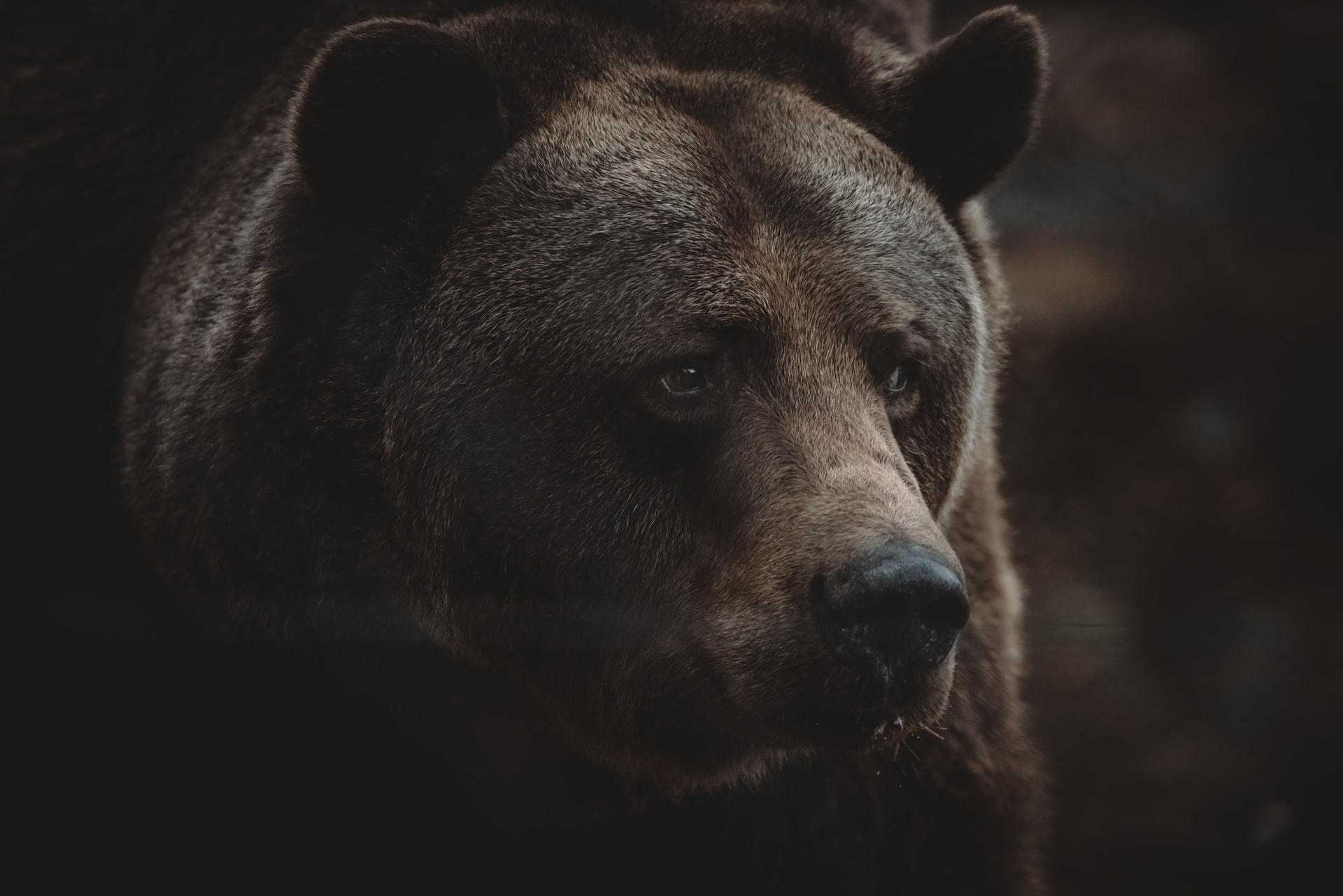 It’s no surprise; the first 6 months of 2022 have been difficult for financial markets.  In fact, you could argue we just lived through one of the worst 6-month periods EVER for stocks and bonds.  I was reading a recent take on this from Ben Carlson over at “A Wealth of Common Sense” and I really enjoyed his take on where we currently stand: 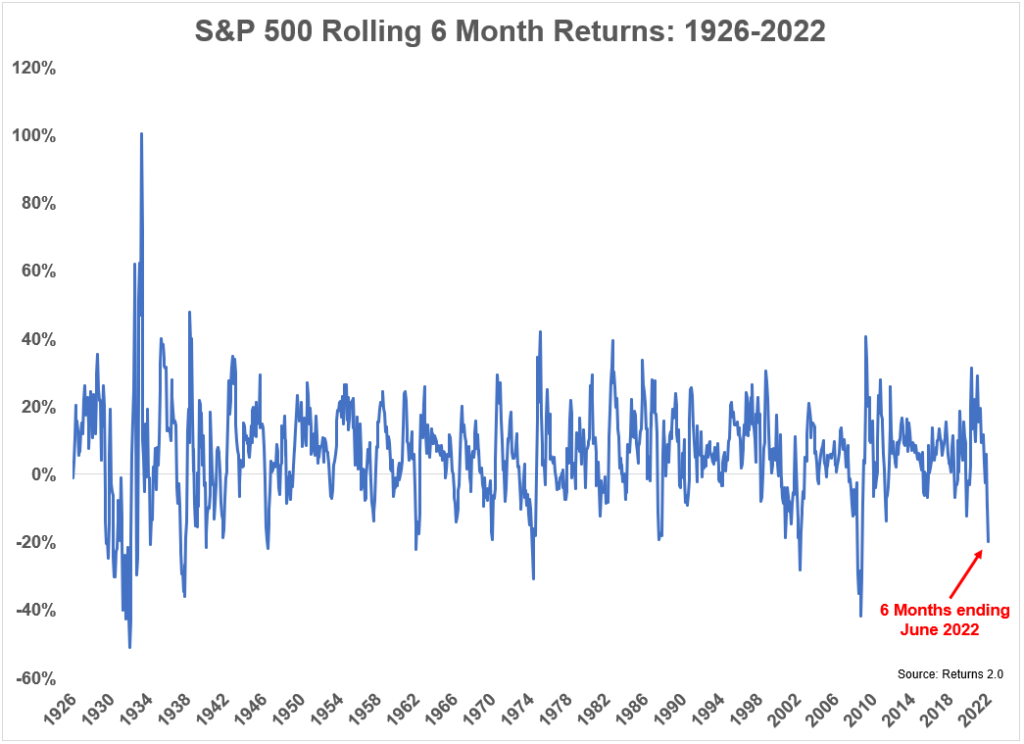 The only 6-month performance numbers that were worse than what we just lived through occurred during the Great Depression, 1937 crash, WWII, 1970s bear market, bursting of the dot-com bubble and 2008 crash.

So it would make sense that a 60/40 portfolio of U.S. stocks and U.S. bonds also had one of its worst 6 month stretches of all time: 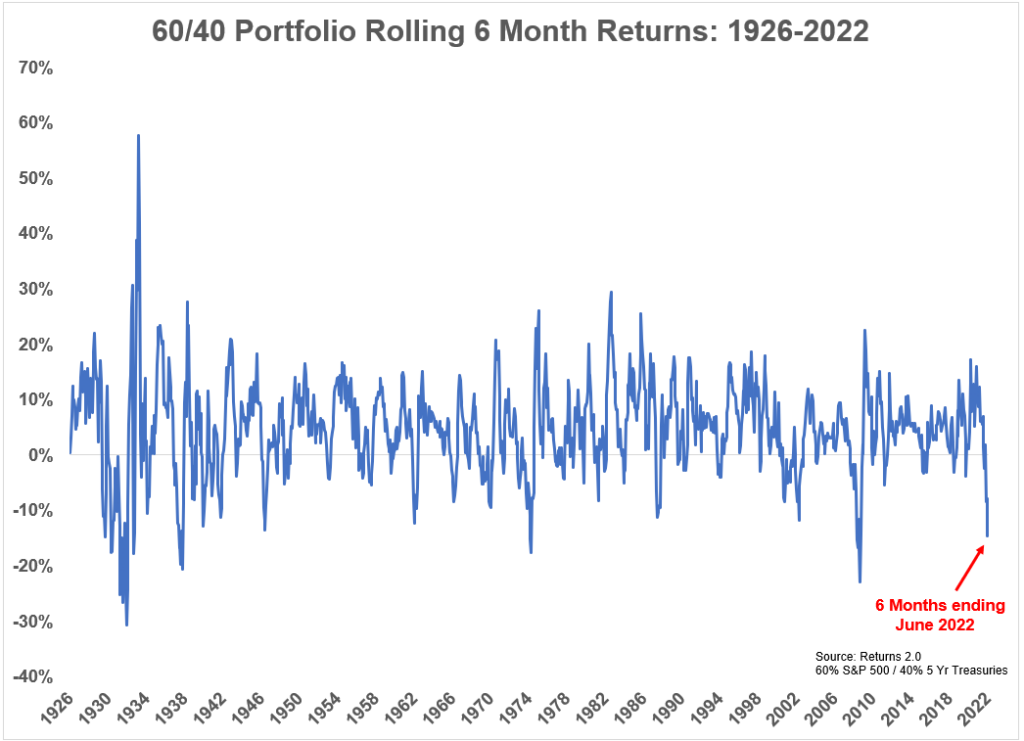 The 6 month returns for a 60/40 portfolio were in the bottom 2% of rolling returns going back to 1926.  This means 98% of the time, returns have been better than what we just lived through.  It was also just the 4th time over the past 100 years or so that stocks and bonds were down two quarters in a row at the same time.

The last time U.S. stocks and intermediate-term bonds were both down two quarters in a row occurred in the first two 3 month periods in 1974.  Inflation was doubled-digits back then so both of these time frames had an even worse experience on a real return basis.

I could offer a pep talk here but it wouldn’t do much good. Simply surviving is a worthy goal when things go this badly in the markets. There are plenty of companies and investors that have blown themselves up these past few months that didn’t survive this bear market.

It’s no fun to lose money but there are some silver linings here.

If you’re making contributions to a 401(k) or IRA on a periodic basis you can now buy the stock market at prices that are 20-30% lower than they were just 6 months ago.

You can also earn around 3% on intermediate-term U.S. government bonds instead of the 0.4% to 0.9% you could earn just 18 months ago.

No one wants to hear this right now but expected returns are now higher than they were before coming into the year. We just had to go through some losses to get to this place.

Lets keep in mind that 6 months is also a short period of time in the grand scheme of things. If 6 months is going to make or break your long-term investment plan, then there were likely bigger issues at play.

If you’ve only been investing for a short time, this is a good initiation into the way markets work sometimes. Down markets are a good thing if you’re going to be a net saver for more than the next few years or so.

Lots of people think bull markets are how you get rich but true wealth is built during bear markets, especially when you’re young.

And if you’ve been invested for the past 5-10 years or more the gains you’ve made (assuming you stayed invested) have more than made up for the current losses.

That doesn’t mean the current losses don’t sting but you can’t expect markets to go up and to the right every year without fail.

I don’t know what the next 6 months or even 6 years will bring in the financial markets.  There could be more pain ahead or markets that go nowhere or who knows what else  There’s no such thing as ‘always’ or ‘never’ when it comes to the markets but I feel strongly that investing in the midst of awful stock and bond returns will be a good idea over the long run.

Risk and reward are inextricably linked at the hip.

You cannot earn decent long-term returns without experiencing periods of excruciating losses from time to time.  The past 6 months were one of those times.  I for one am excited to be putting new money to work at much lower prices.”

Securities offered through Registered Representatives of Cambridge Investment Research, Inc., a broker-dealer, member FINRA/SIPC. Investment Advisor Representative, Cambridge Investment Research Advisors, Inc., a Registered Investment Advisor. Cambridge and Van Gelder Financial are not affiliated. This communication is strictly intended for individuals residing in the states of AZ, CA, CO, GA, FL, ID, IL, IN, MO, NV, NC, OH, TN, TX, WA, and WI. No offers may be made or accepted from any resident outside the specific states referenced.