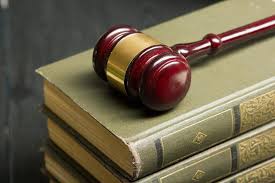 “What the Released Navient Memo Means”

For those that don’t know, Navient is one of the nations largest student loan servicers and currently manages over $300 Billion in in student loans for more than 12 million borrowers.  In June 2010 there was an internal memo that was circulated at Navient that has only recently been released to the general public, and the findings are concerning to say the least!  Within the memo, the company’s internal strategy seems to be highlighted, which is to convince as many borrowers to enter “forbearance” as possible.  The specific line from the memo states: “Forbear them, forbear them, make them relinquish the ball.”

When a borrower enters into forbearance their student loan payments are put on pause (which feels great I’m sure!), until they are financially able to begin making payments again.  While this sounds great, the catch is that during this time, interest on their student loans continues to accrue.  So, while it might feel good in the short term, forbearance ends up costing borrowers more money in the form of interest in the long run.  “The evidence unsealed in federal court confirms that Navient’s practices that added billions of dollars of debt to struggling borrowers emanated from the top echelon of the company,” Seth Frotman, executive director of the Student Borrower Protection Center, told The Washington Post.

What Other Options do Borrowers Have?

If a borrower who has federal student loans does fall upon difficult financial circumstances, they do have other options available to them.  Income Driven Repayment plans enable you to make student loan payments based on the size of your income and NOT based on the size of your student loans.  This can be a HUGE help for recent graduates or for those who studied a costly degree in college but ended up getting a job in a lower paying field after graduation.  While interest does accrue with income driven repayment plans, there are rebates for the unpaid interest depending on which income driven plan you choose.  Additionally, your clock continues to tick towards long term forgiveness of 20 years for undergraduate borrowers or 25 years for those with graduate debt.

Are There Repercussions for Navient?

So, what does this all mean for Navient?  In January 2017, the Consumer Financial Protection Bureau (CFPB) filed a lawsuit against Navient which alleges that, among other things, Navient systematically and illegally (failed) borrowers at every stage of the repayment process including guiding them towards forbearance when an income driven repayment plan would have been a better option.  To date, Navient has denied the allegations publicly and in court filings.

If you or someone you know is saddled with student loan debt or is coming off the back of a bad encounter with a student loan servicer, then reach out to one of our advisors today to help!